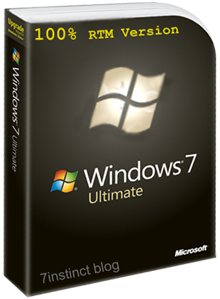 I have a sheet named which lets you import data from an Excel CSV.
I have a python script that reads the CSV and imports it into another sheet named (imports to, imports from)
The first thing my python script does is merge all the data over to the other sheet.
The script is as follows:
import csv
from openpyxl import load_workbook
from openpyxl.utils.data import data_load

#The dict of the sheet name to the sheet object is used to iterate over all the sheets and replace the name if not yet existent
sheet_id_dict = {k: v for k, v in workbook.worksheets.items() if k!=’summary’}

#Get all the sheets
sheets = workbook.worksheets

#Iterate over all the sheets in the workbook and create the corresponding objects.
for sheet in sheets: http://iapitb.org/?p=1764

Belmont is a local station on the BMT West End Line of the New York City Subway. It is served by the B36 bus to Grand Central Parkway. The station is located on the border of the neighborhoods of Belmont Village, Vanderbilt Heights, and Bronxwood in the Bronx and is served by the.

History
The structure is an Italianate design, with lower level mezzanines and an overhang, constructed by the New York City Board of Rapid Transit in 1929 and designed by the architectural firm of Starcher and Harris. Station signage is by lettering artist Henry Groh, with color scheme derived from the New York, Westchester and Boston Railway.

The station entrance is on the southeast corner of Broadway and East 187th Street, or the southeast corner of 187th Street and East 187th Street. A mezzanine level with about 10 feet of track running through the center divides the two island platforms. Underneath the platform, there are two tracks that were originally used by the West End Line to connect to the IRT Jerome Avenue Line, but these tracks were removed in 1948. The tunnel was used to house a number of storage tracks in the years before the New York City Transit Authority was formed.

Exits
The station has one fare control area at the platform level, with a token booth at the northwest corner of Broadway and East 187th Street.

There are no station houses or platforms at either end of the platforms. There are, however, staircases leading to the sidewalks on each side. Only the southwest corner has exit stairs from the mezzanine to the street level. Inside the fare control area, there is an unused set of stairs leading down to the northbound platform, but these were not used after 1928.